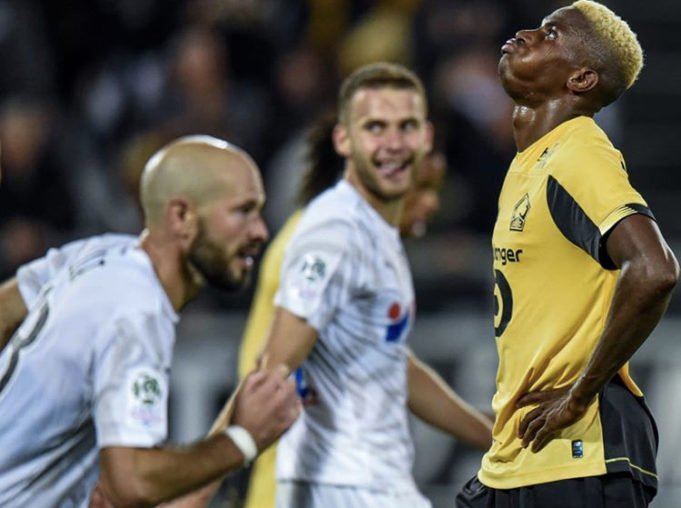 Super Eagles striker Victor Osimhen believes Lille’s 1-0 loss away at Amiens on Saturday was not a true reflection of the game, positing that they deserved at least a point from the encounter, AOIFootball.com reports.

Hoping to maintain a 100% percent start to the season, the young forward led the line again for Lille but they were undone six minutes to half time when midfielder Boubakar Soumare received a straight red card making it a talk order for his side to cope from.

Despite been reduced to 10 men, the visitors kept their cool but were eventually broken twenty minutes from time when the VAR awarded Amiens a goal which meant Lille fell for the first time after two league outings.

Osimhen, who featured for the entire match duration and earned a game rating of 6.7, told AOIFootball.con afterwards that his side did enough to snatch at least a point but the numerical advantage gave the hosts a slight edge.

“It was a tough match for both teams, playing 10 men against 11 for more than 50 minutes was difficult but we kept our composure. In football these things happen so we must move on from it.

“Now we return to training and focus on the next task ahead because the league is a marathon and every moment counts for us,” Osimhen concluded.

Despite firing blanks, the 2015 FIFA U-17 golden boot winner remains in the top 5 scorers’ chart with 2 goals, one behind the trio of Memphis Depay, Moussa Dembele and Habib Diallo who all have 3 goals from 2 matches.