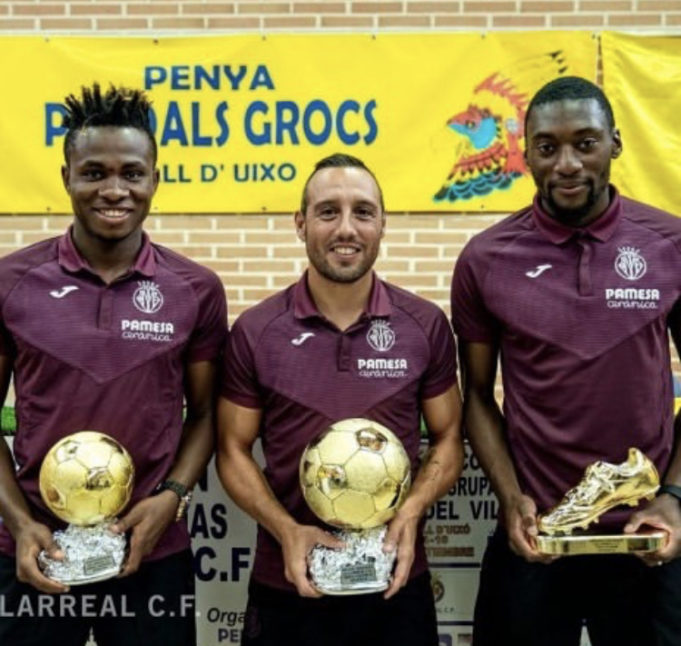 Super Eagles new poster boy, Samuel Chukwueze has continued to make the headlines in Spain after he was named as Villarreal’s most outstanding youngster following his scintillating performance in the 2018/2019 season with the Yellow Submarines, AOIFootball.com reports.

In a ceremony on Tuesday, the Nigerian received the Peña Pardals Grocs Awards for the breakthrough player for the 2018/2019 season with Santi Carzola named the best player whilst Cameroon’s Karl Toko Ekambi was named the top scorer.

Chukwueze made his debut against Rangers in September last year in the Europa League, going on to make 37 more appearances and netting 8 times in the process.