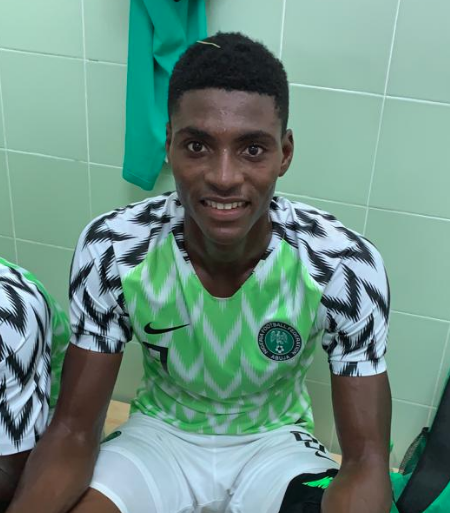 Nigeria’s U20 boys, Flying Eagles, qualified for the semifinals of the men’s football event of the 12th African Games after a hard-fought 2-2 draw with hosts Morocco on Friday evening at the FAR Sports Complex Rabat.

The result meant the Flying Eagles garnered five points from three games behind Burkina Faso who topped the group, and ahead of Morocco and South Africa.

The Flying Eagles fell behind after Morocco profited from some slack defending to allow Mohsinne Abba to head home the opener in the 12th minute.

Morroco looked the better side for much of the first half but Nigeria came back strongly towards the close of the first period and were duly rewarded when Ahmad Ghali was brought down in the box.

Team captain Ibrahim Abubakar stepped forwarded and slotted home the spot-kick at the second time of asking after the Moroccan goalkeeper saved his initial effort.

The first half ended 1-1 but Morocco were soon back in the saddle from another spot-kick as the referee ruled that Habibu Yakubu had handled in the box.

The hosts scored to lead 2-1 after 72 minutes as Nigeria faced elimination.

Coach Paul Aigbogun threw on lanky striker Chinonso Emeka and it proved a good decision, as the striker scored with just a minute left of regulation time to put Nigeria through to the last four.