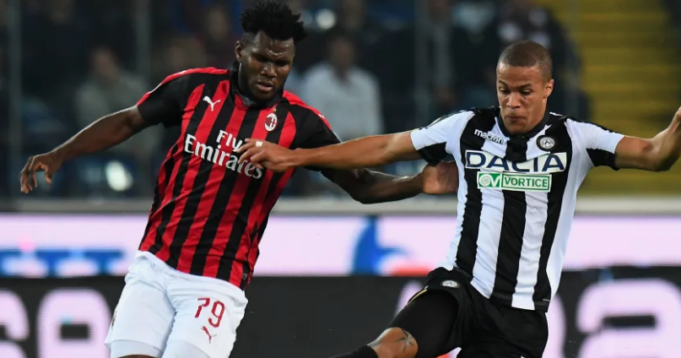 Super Eagles defender, William Troost-Ekong was at his brilliant best to help Udinese begin the season with a 1-0 win over Italian giants AC Milan, AOIFootball.con reports.

The 25-year-old started his first league game of the season as the hosts went in search of their first win despite facing a tough opponent in AC Milan.

The visitors had a large chunk of the ball in the first half but despite firing five shots each, both teams failed to significantly test the goalkeepers as the half ended goalless.

Udinese, however, turned on the tempo in the second half and deservedly got the breakthrough 18 minutes from time when center-back Rodrigo Becao jumped highest to head home from a Rodrigo De Paul corner kick to give the hosts all three points.

Ekong was on for the entire match duration and he earned a game rating of 7.3, made 7 clearances, 1 interception, won 100% of his tackles and 84% of his passes.