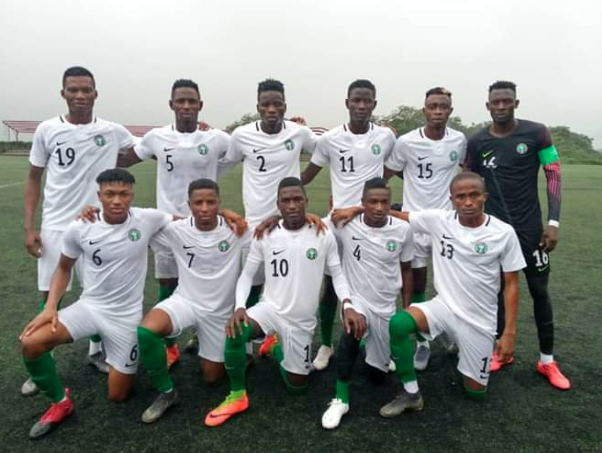 Flying Eagles duo of Success Makanjuola and top scorer Ghali Ahmad believe the Flying Eagles have what it takes to overcome Mali in Wednesday’s semifinal in Rabat, AOIFootball.com reports.

Makanjuola has had his contribution to the team’s success very notable and being an impact player for Paul Aigbogun’s side, while Ghali Ahmad is the team’s top scorer with two goals in two group games, including games against Burkina Faso and the winner against South Africa.

Both players are however positive the team will avenge their semifinal loss at the last U-20 AFCON in Niger where the Malians overcame Nigeria 4-3 via penalties.

Speaking to AOIFootball.com from the team’s camp in Rabat, Makanjuola posited that the team is in high spirit ahead of the encounter and their banter has been to win the Malians.

“We have moved past the celebration for our qualification so now we have switched to the game against Mali. Amongst us we have discussed and though I did not participate at the U20 AFCON, a lot of the players that did are still unhappy the team lost to Mali in the semifinal and they think a win this time will be very important and should be our target,” Makanjuola said.

On his own part, goal poacher, Ghali Ahmad said the main aim for the team is to get to the final and that would mean beating West African rivals Mali to get there.

“Our objective is to get to the final and win gold to make up for our fourth-place finish at the U20 AFCON and our second-round finish at the FIFA U20 World Cup. So, we would give our all against Mali,” Ahmad concluded.

My goal is to surpass last season’s achievements, says Ighalo