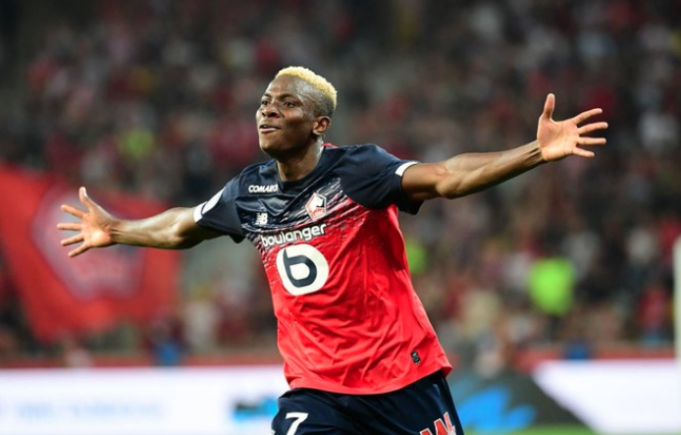 Super Eagles forward, Victor Osimhen has been named in the French Ligue1 team of the week for the second time this season after his heroics in Lille’s 3-0 win over Saint Etienne, AOIFootball.con reports.

The 20-year-old forward came off the bench in the first half to put Lille ahead with a smart finish before he then got his second brace of the season in the second half as the hosts returned to winning ways having lost their matchday 2 fixture away at Amiens.

According to SofaScore stats, the Nigerian shared the top spot for the week alongside Cameroonian forward Eric Maxim Choupo-Moting who also came off the bench to score twice in PSG’s 4-0 thrashing of Toulouse.

Osimhen finished the week with a game rating of 8.6, scoring twice from 3 shots on target whilst also completing 75% of his passes to further highlight his proficiency in front of goal.

The former Wolfsburg forward now sits top of the Ligue 1 scorers’ chart with four goals from just two starts and will now hope to replicate his home scoring powers away this weekend when Lille travel to Reims to face Stade de Reims.