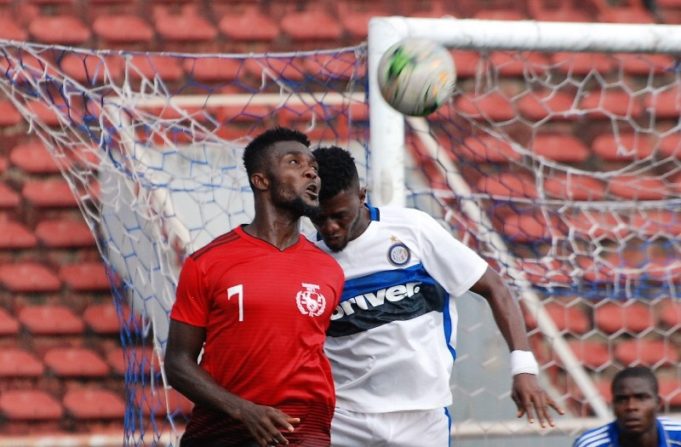 Veteran Nigeria Professional Football League (NPFL), and Enugu Rangers Int’l  FC striker, Obinna Eleje has hailed the Football Association for organising the Enugu State Super Cup, AOIFootball.com reports.
The lanky, soft spoken marksman, who spoke exclusively to AOIFootball.com shortly after his team defeated Inter FC of Enugu by three unreplied goals, maintained that the decision to organise the FA Super Cup will always be in the best interest of the state clubs, adding that it would go a long way to prepare the teams for the tasks ahead.
“Organising the state FA Super Cup is a great innovation, and it will always be beneficial to the teams in the state,” said Eleje, whose assist gave Ifeanyi George the second goal of the match.
“Enugu State FA is the first to organise such an event in the country, as far as I know,” he added.
The State FA Super Cup is a competition organised for both the winners of the state Federation Cup and the Champions of the State League, to crown the overall champions in the state, as far as football is concerned. And Eleje believes it has helped the team to shapen up a bit for upcoming competitions.
“Winning the Super Cup has given us an edge mentally.
“We’re fully prepared now for the task ahead, in terms of competitive football,” Eleje concluded.