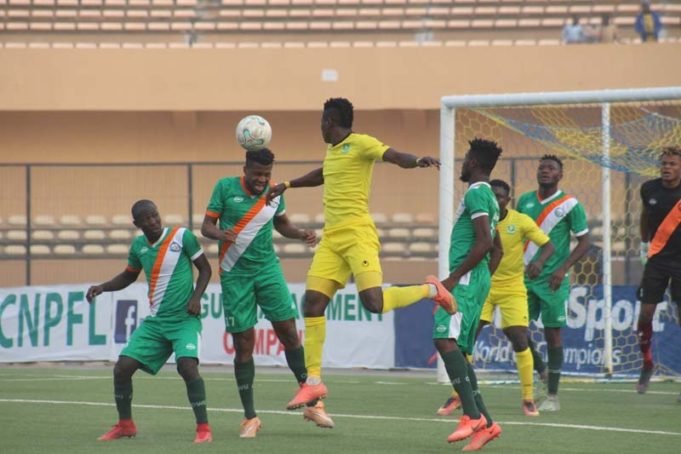 Nigeria Professional Football League (NPFL) campaigners, Katsina United FC are on the verge of signing a new coach, AOIFootball.com can exclusively reveal.
The Changi Boys have been without a substantive manager after the resignation of Abdullahi Biffo, just before the conclusion of the 2018/2019 league season, but sources close to the north-western side disclosed to AOIFootball.com, that they are set to name a head coach this weekend.
A source, who pleaded anonymity, submitted that the newly inaugurated management team of the club has wrapped up plans to hire the services of a new coach ahead of the 2019/2020 NPFL season.
“The management of Katsina United FC led by the Chairman, Prince Abdulsamad Badamasi, has concluded plans to appoint a head coach this weekend.
“The appointment of a coach is the major task of the management right now,” the source said.
The source also maintained that some well known NPFL coaches who are available at the moment, are amongst those aspiring for the top job at Katsina United.
“We have gotten a good number of applications from top coaches, among whom are well known NPFL coaches currently not engaged.
“We are doing our best to ensure that whoever is appointed at the end of the day is going to serve the best interest of the club,” the source concluded.
It would be recalled that coaches Isa Ladan Bosso of Gombe United and Kennedy Boboye of Remo Stars are currently available after their respective club got relegated from the top flight.