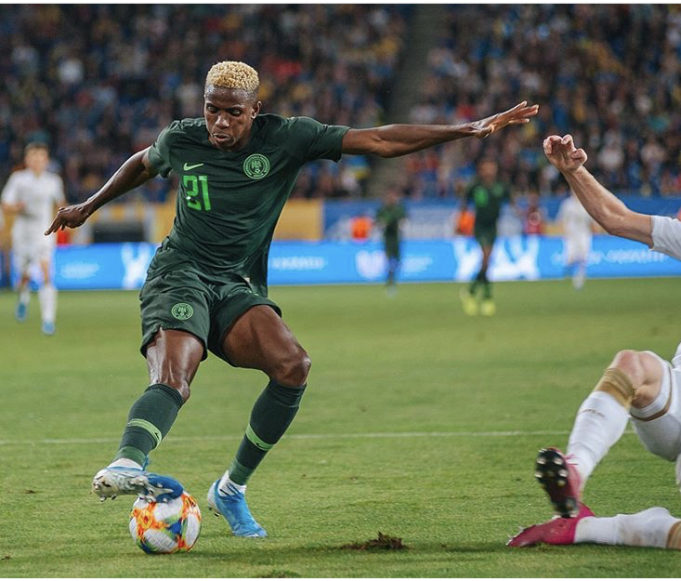 Super Eagles midfielder John Ogu has applauded his teammates after their impressive 2-2 draw against Ukraine in Dnipro on Tuesday night, stating that the future remains bright for the national team, AOIFootball.com reports.

The former Hapoel Be’er Sheva midfielder who was overlooked for the match, also hailed the NFF for putting up such a high profile friendly match to help boost the confidence of the players against top European side.

“Great test game from the team. Kudos to the @thenff for such a Grade A friendly for the @NGSuperEagles. We can only look at the positives in such a game. Above all, I’m really proud of the boys,” Ogu posted after the match.

Goals from debutant Joe Aribo and another from the penalty spot from in form striker Victor Osimhen put Nigeria 2-0 up but the hosts equalized in what was a crazy 60 seconds with Manchester City’s Oleksandr Zinchenko and Roman Yaremchuk getting the goals.

The Eagles next fixture will be against Neighbours Benin Republic in November when the qualifiers of the 2021 Nations Cup kicks off.