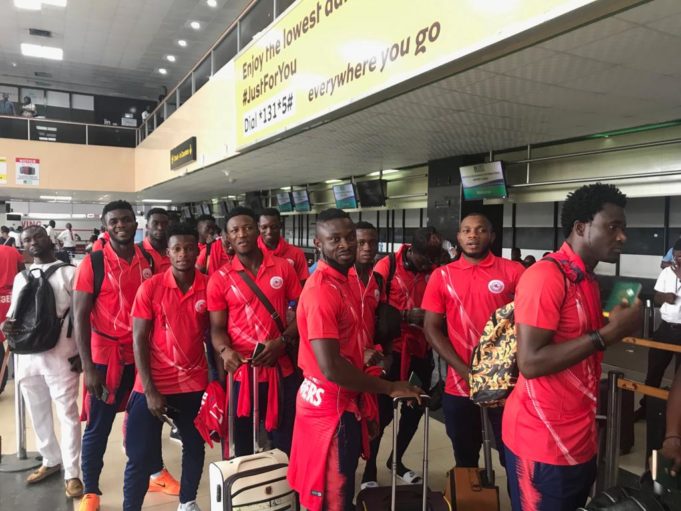 As Enugu Rangers Int’l FC resume hostilities in the CAF Confederations Cup, newly acquired striker, Obinna Eleje has stated that he will give it all it takes to uphold the Rangers’ dynasty, AOIFootball.com reports.
Speaking exclusively to AOIFootall.com shortly before the team departed the Murtala Mohammed International Airport for Libreville, where they will face AS Pelican of Gabon, the Enugu State-born goal poacher said that he is willing to put in everything humanly possible to ensure the tradition of the club lives on, adding that the privilege to represent the Coal City side is very rare.
“I’m ready to put in my best possible to make sure the name and tradition of our great club live on.
“The opportunity to represent a football club like Enugu Rangers Int’l is very rare. Whoever gets it should consider it a privilege, and work towards living the dream,” Eleje said.
It would be recalled that great footballers like Christian Chukwu, Emmanuel Okala and even the current General Manager of the club, Prince Davidson Owumi were all exceptional during their playing days for the Coal City Merchants, and Eleje believes whoever puts on the red and white jersey of the club must standout.
“We all know how much sacrifice those who played for the club made; they put in their ‘all’ with great passion to ensure success.
“Whoever plays for Enugu Rangers today must stand up and be counted,” Eleje concluded.