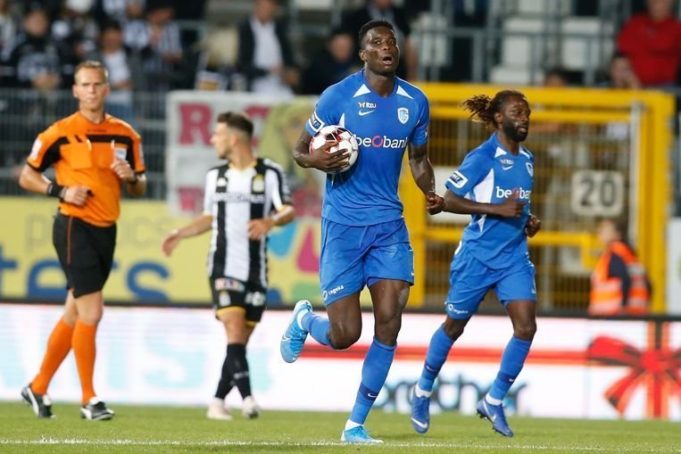 Super Eagles forward, Paul Onuachu began life at new club KRC Genk on a good note as he scored his first goal in his first start as they lost 2-1 away at Sporting Charleroi, AOIFootball.com reports.

The 25-year-old, who joined the Belgian side from Danish club FC Midtjylland on transfer deadline day, started his first league game as the visitors went in search of their fourth league win of the season.

They were however dealt a big blow when the hosts scored twice in quick succession, first on the 26th minute when Ryota Morioka game Charleroi the lead from 12 yards before Shamar Nicholson made it 2-0 three minutes later as they went into the break with a comfortable lead.

The lanky forward then set up a nervy finish when his diving header from a superb cross from Jere Uronen just after the hour mark made it 2-1 but the visitors, however, failed to find the equalizer as they fell 2-1 away from home.

The defeat now leaves the defending champions in 7th position with 10 points from their opening 7 games.