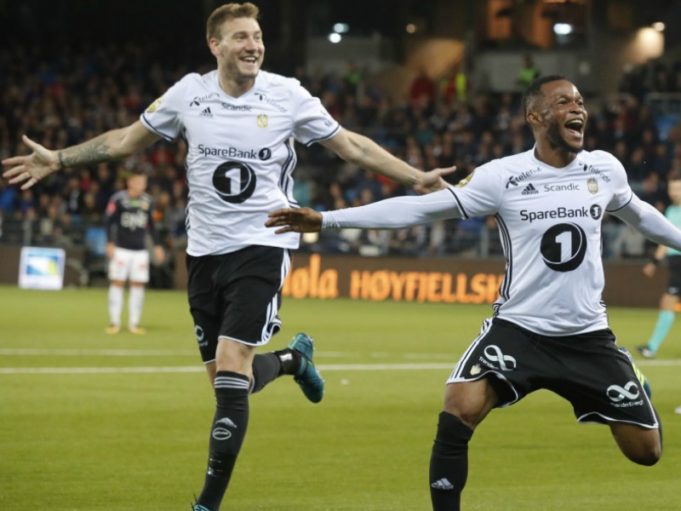 Nigerian forward, Samuel Adegbenro continued his impressive form in the Eliteserien as he scored to help Rosenborg continue their push for Europa League spot following their 3-1 win over Lillestrom SK, AOIFootball.com reports.

Bjorn Johnsen’s first half strike gave them a 1-0 lead going into the break before the Nigerian made it 2-0 on 53 minutes to record his 4th league goal of the campaign.

Bjorn Johnson then grabbed his second and Rosenborg third six minutes later with visitors getting a consolation goal five minutes after the hour mark as the host ran out comfortably with a 3-0 win.

The win sees Rosenborg remain on 4th position with 36 points as they continue their push for a European place at the end of the season.