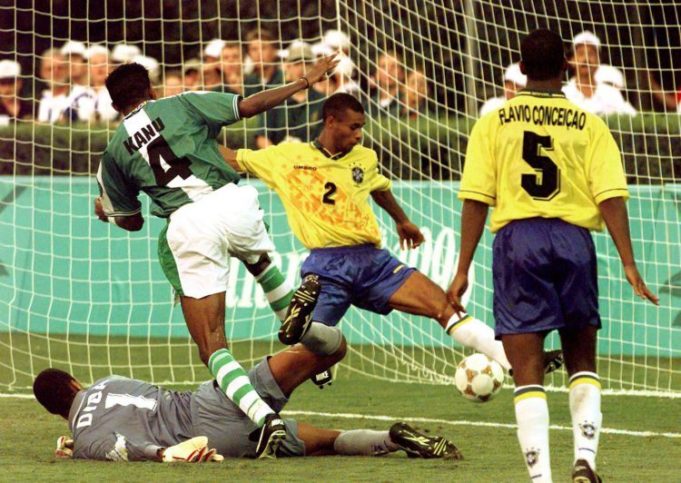 Twenty-three years after leading the Dream Team to an historic victory against almighty Brazil, Super Eagles ambassador and former captain Nwankwo Kanu has hailed the Nigeria Football Federation for arranging great oppositions for the Super Eagles whilst also positing that the Brazilian test is a good one.

Speaking to AOIFootball.com exclusively from his base in London, the two-time African Footballer of the Year, who was in awe following the display of the Super Eagles in the 2-2 friendly draw against top European side Ukraine last week, believes such test games will adequately prepare the team in their quest to conquer the world.

“The last friendly was fantastic. The team looked new to me and I must commend their performance. And that of Brazil slated for October is also a good top friendly and it is good to try other players,” the former Eagles captain posited.

The NFF announced on Tuesday that the Super Eagles will play five-time world champions Brazil in Singapore on the 13th October in an international friendly while it is hunting for a second friendly game against African opposition.