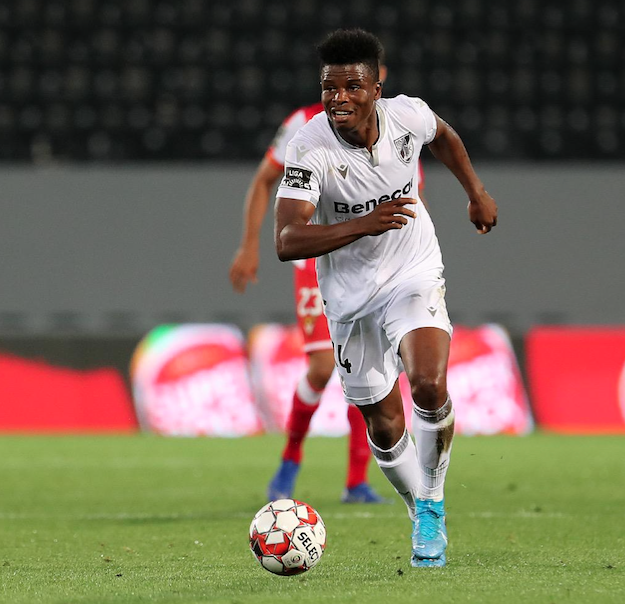 Super Eagles midfielder, Mikel Agu has admitted there is more to come from him this season after grabbing the headlines in Portugal last weekend following his impressive display in Vitoria Guimaraes’ 5-1 win over CD Aves, AOIFootball.com reports.

The 26-year-old recovered from a long injury to help his new side earn their first league win and was well placed in the Premiere Liga team of the week, saying that it was a nice feeling to be back on the pitch.

“The feeling of being back is always wonderful for every footballer. For less than one year now injuries have kept me away from playing consistently. But I thank God I’m back again playing and I pray He keeps me stable this season.

“I believe one thing in football- there are people who work very hard to get to the top while some are naturally gifted. I believe I’m among those who are naturally gifted, that’s why even when I stayed out from playing for some time, my return was still phenomenal,” Agu stated.

The former Bursaspor of Turkey midfielder joined Vitoria Guimaraes on a four-year contract from Portuguese giants FC Porto and has already established himself at the club, helping them reach the group stages of the Europa League.

The modest Portuguese outfit will, however, begin their campaign later on Thursday night away at Belgian side Standard Liege, with Agu hoping to make his first European bow after featuring in the qualifying stages.