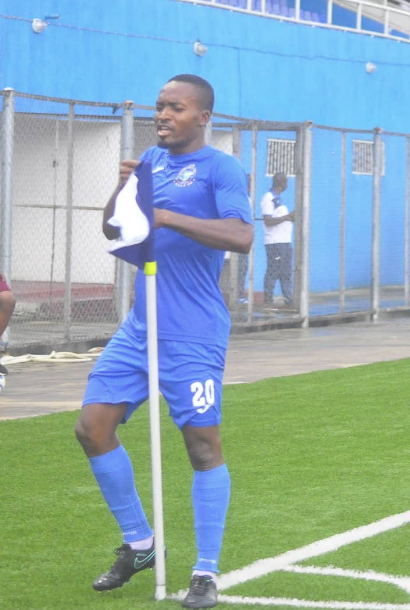 Former Akwa United FC offensive midfielder, Cyril Olisema has stated that he is very positive about Enyimba Int’l FC’s chances of qualifying into the group stages of the ongoing CAF Champions League, AOIFootball.com reports.
The People’s Elephants played out a goalless draw at home to Al-Hilal FC of Sudan in the first leg of the final preliminary stage, and Olisema who spoke exclusively to AOIFootball.com, believes the Aba based side will qualify for the group stages of the competition, stating that they have a technical advantage going into the second leg in Omdurman.
“We’re facing the second leg in Omdurman with positive mindsets, and I have no doubt that we shall emerge victorious, said Olisema whose assist helped in sinking Rahimo FC in the previous round.
“We’re working hard towards achieving this aim, and we want our fans and the country as a whole to stand by us, he added.
“It’s a difficult game to face, but we have a technical advantage of not conceding at home and it will definitely work in our favour,” Olisema concluded.