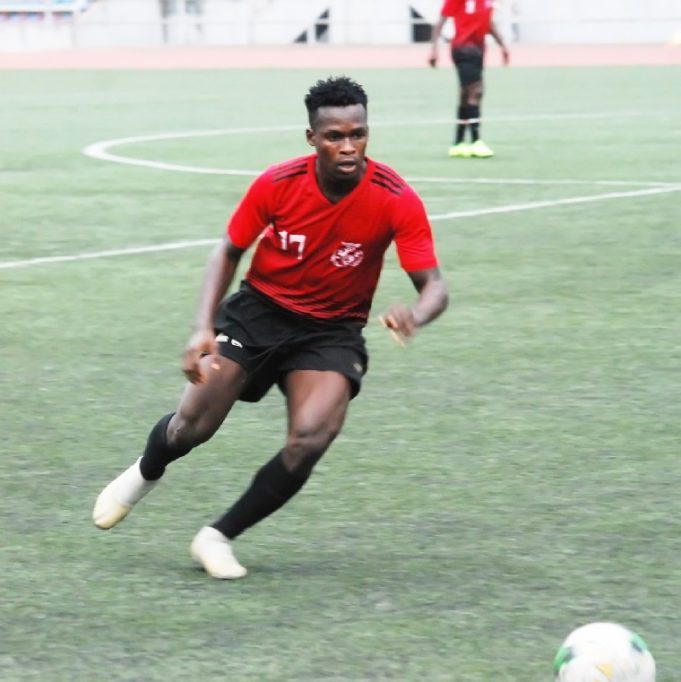 Enugu Rangers International FC match winner in the CAF Confederations Cup game against AS Pelican of Gabon, Ibrahim Olawoyin, has dedicated his winning goal to fans of the club, AOIFootball.com reports.
In an exclusive chat with AOIFootball.com, the attacking midfielder stated that he could not hide his admiration for the fans at the Cathedral, adding that they made his home debut a seemless one.
“Our fans actually won my heart during the match, and I’m dedicating my goal to them for their wonderful support,” said Olawoyin, who scored three goals and gave nine assists during their preseason friendly matches.
“They actually made my home debut quite easy with their support; the atmosphere was electrifying,” he added.
The former Kedge Sport International Football Academy of Lagos star, also took time to appreciate fans of his neighbourhood in Ojo Ajangbadi, insisting that they now support the Flying Antelopes with passion, by virtue of his presence in the club.
“I appreciate the fans in my neighbourhood in Ojo Ajangbadi, in Lagos; they’ve been so wonderful.
“A good number of football fans around my neighbourhood now follow Rangers Int’l FC passionately, and I’m also dedicating my goal to them,” Olawoyin concluded.

‘Caterpillar’ Emeteole passes on as NFF commiserates with family