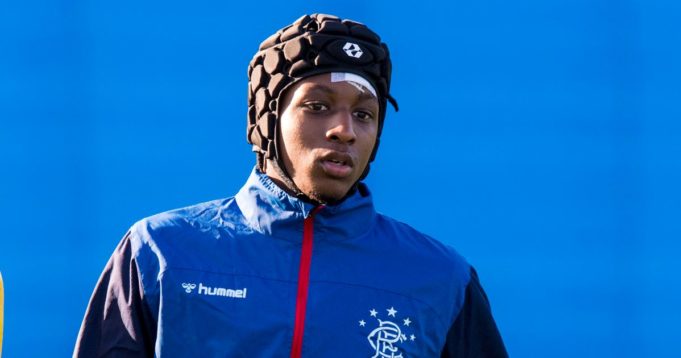 Super Eagles Coach Gernot Rohr could consider calling up a replacement for attacking midfielder Joe Aribo after Rangers manager Steven Gerard disclosed that he is a major doubt ahead for their Sunday clash at home to Hamilton Academical, AOIFootball.com reports.

The 23-year-old picked up a nasty head injury in Rangers’ 1-0 league cup quarterfinals clash at Livingston and subsequently missed the games against Aberdeen and Young Boys, but despite returning to training on Wednesday, Gerrard admits the Nigerian remains a major doubt for this weekend’s game.

“Joe has a small outside chance of being involved at the weekend but we will make that decision tomorrow,” Gerrard revealed at Friday’s pre-match conference.

The news of his potential unavailability will come as a big blow to the Super Eagles who face Brazil on October 13 in an international friendly in Singapore.

Aribo made his Super Eagles debut in last month 2-2 friendly draw against Ukraine, capping up a memorable debut with his first goal for the country.