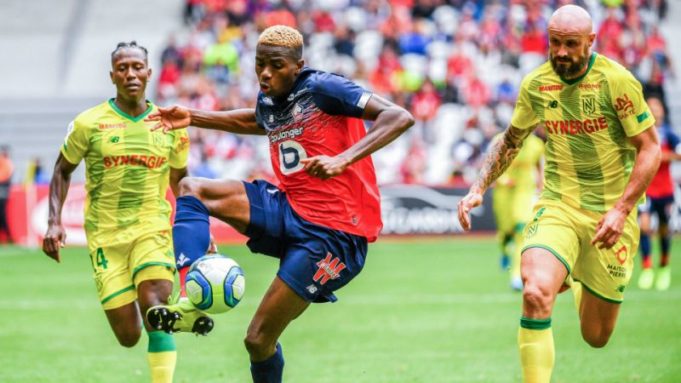 The 20-year-old has become a goal-scoring machine for Lille this season, netting on each of his last four league home games.

Osimhen was also on target in the UEFA Champions League on Wednesday night and will now hope to improve on his 6 league strikes this term as he continues his impressive start to life in the French Ligue1.

The match will, however, be a psychological boost for the hosts with head coach Christophe Galtier yet to taste defeat against Nimes coach Bernard Blaquart, having won the last two meetings which included a 5-0 thrashing in April this year.

A win for Lille will see them move up to second on the log and close the gap on league leaders PSG who host Angers on Saturday night.