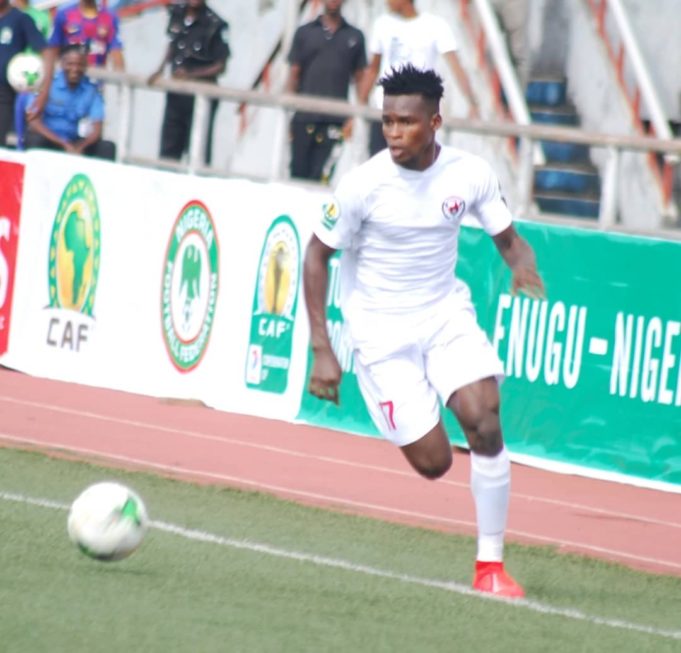 Nigeria Professional Football League (NPFL) prospect, and Enugu Rangers new kid, Ibrahim Olawoyin, has reiterated that his decision to join the Flying Antelopes was in the best interest of his career, AOIFootball.com reports.

Speaking exclusively to AOIFootball.com, the fleet-footed attacking midfielder submitted that he was open to a number of offers from clubs on the home front, but he chose to put pen to paper for the Coal City side because he believes it is going to be beneficial to his career in the long, adding that the Enugu based side is not just a football club, but an institution.

“I believe my choice to play for Rangers Int’l was in the best interest of my career,” said Olawoyin who won the Man of the Match award last weekend in the CAF Confederations Cup tie against AS Pelican of Gabon.

“After due consultations with both my agent and family members, we decided that Rangers will be the most appropriate as a result of the structure at the club.

“Everything here suggests that it is not just a football club, but an institution,” he added.

Prior to negotiations, and his subsequent arrival at the Cathedral, the youngster was courted by a couple of top clubs in Nigeria, including Kano Pillars, Sunshine Stars and Rivers United football clubs but Olawoyin maintained that he already had his mind set on Rangers because of their robust history and tradition.

“Some top flight clubs actually made offers to sign me on earlier, but I had already made up my mind to play for this club.

“I’ve always admired the rich history and tradition of the club, coupled with the structures, hence my decision to pass through the fold,” Olawoyin concluded.