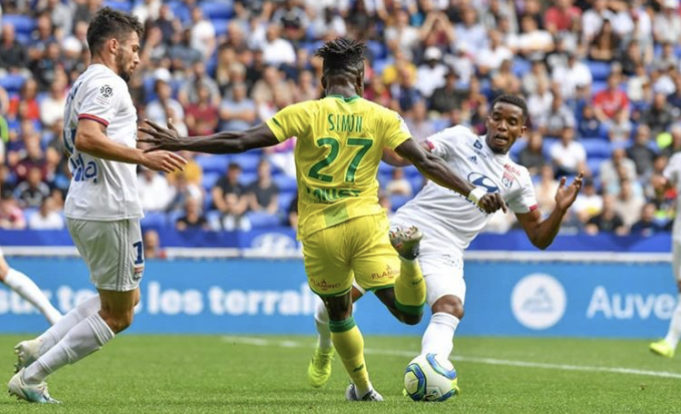 Super Eagles winger, Moses Simon continued his brilliant form with French side FC Nantes as they moved up to second on the Ligue 1 table following their 1-0 win over OGC Nice, AOIFootball.com reports.

Coming off the back of two impressive 1-0 wins, head coach Christian Gourcuff handed the Nigerian his 6th start of the campaign.

It was the visitors who dominated the early proceedings with Nantes made to defend in large numbers as both teams went into the break goalless.

The hosts then turned up the heat in the second half and deservedly got the breakthrough on the 88th minute when Simon stayed onside to head home a fantastic cross from Kader Bamba to seal all three points for his side.

The 24-year-old was then withdrawn to a sounding ovulation as he now turns his attention to Nigeria’s upcoming friendly against Brazil in Singapore.