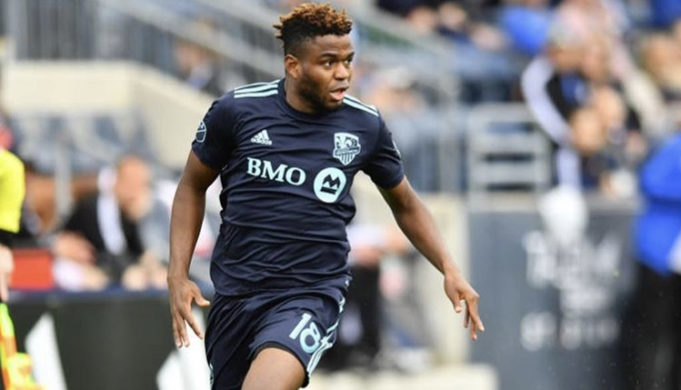 Nigerian international, Orji Okwonkwo was the hero for Montreal Impact on final day of the MLS regular season as he scored one and assisted another in their 3-0 win over New York Red Bulls, AOIFootball.com reports.

The Dream Team VII forward lined up for what could be his final game for the club with his loan spell set to expire in December as Montreal gunned for their 12th league win of the campaign.

The 21-year-old then helped to put the hosts ahead in superb fashion after just 23 minutes when he raced pass two markers before pulling a cutback to the feet of Bojan Krkic who made no mistake from 5 yards.

Argentine forward, Maximilliano Urruti then doubled Montreal’s lead as they took a comfortable 2-0 lead into the break.

Orji then got on the scoresheet two minutes after the hour mark when he gained his composure to chest home a Saphir Taider cross and seal all three points for Montreal.

The Nigerian was then withdrawn to a standing ovation as he leaves the club on a high, having scored 8 goals and contributing another 3 in 28 games since joining on loan from Italian side Bologna.