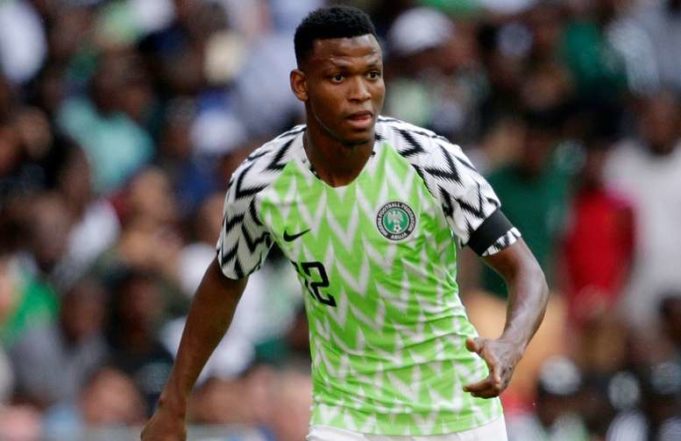 Bursaspor of Turkey versatile player, Abdullahi Shehu is poised to start in Sunday’s friendly game against Brazil according to news emanating from the camp of the Super Eagles, AOIFootball.com understands.

Shehu missed out of last month’s friendly due to injury which he sustained during the Africa Cup of Nations but has bounced back strongly, posting stellar performances for his club in the Turkish Super Lig.

Coach Gernot Rohr, who also welcomed back Benfica FC wing back Tyronne Ebuehi, is however not perturbed as he has enough backups in that department despite Aina’s injury.

Other contestants for a start in the right-back position include Chidozie Awaziem who also deputised as a right back during the AFCON in Egypt.

The Olympic Bronze medalist is however the most preferred as he has more experience than other eligible players in that position.