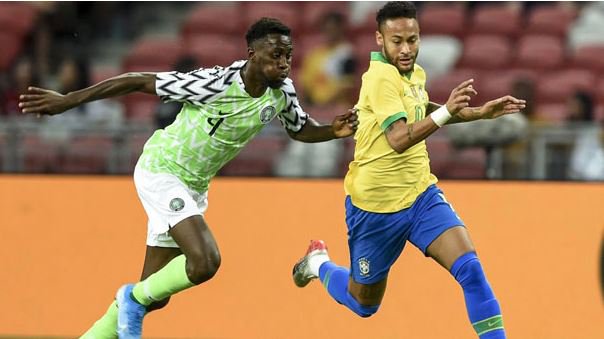 Super Eagles Coach Gernot Rohr has commended his wards for a good display against five-time world champions Brazil in Singapore following a 1-1 draw in an international friendly on Sunday, AOIootball.com reports.

The Brazilians fought back in the game after going down to a Joe Aribo goal in the first half before Casemiro rallied to equalize for the Samba Boys and Coach Rohr says his players made him proud.

“It is not only the point but even the fighting spirit from my boys. They played very well against Brazil who wanted to record a win against an African side after drawing against Senegal some days ago,” Rohr said.

Rohr also pointed out that they intended to win the game but for the spirited display of the Brazilians in the second half.

“We had intentions to win the game but the Brazilians came out stronger in the second half,” he said.

The Super Eagles will now depart to reassemble in November for the kickoff of the AFCON 2021 qualifiers which kick starts with the game against neighbours Benin Republic.