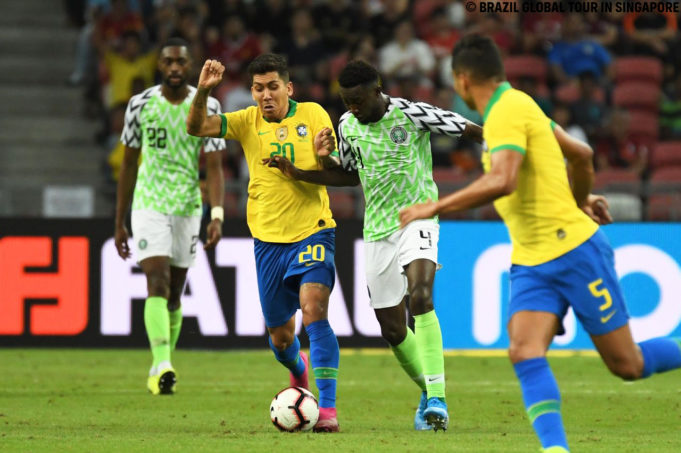 Former international,  Victor Agali is one of many Nigerians happy with the Super Eagles’ performance against Brazil on Sunday, saying that they gave a good account of themselves, AOIfootball.com reports.

Brazil forced the Eagles to a 1-1 draw at the Singapore National Stadium on Sunday with Joe Aribo scoring first for the three-time African champions, Nigeria before Casemiro forced in an equalizer in the second half and Agali has described their performance as not too bad.

“The Eagles did not do badly against a tactically sound side like Brazil. We did our best and could have done more when the opportunity presented itself,” Agali said.

Agali also posited that the Eagles are now ready or the AFCON 2021 qualifiers with this test game.

“I believe the team is set or the Benin Republic game with this huge test from Brazil,” Agali told AOIfootball.com.