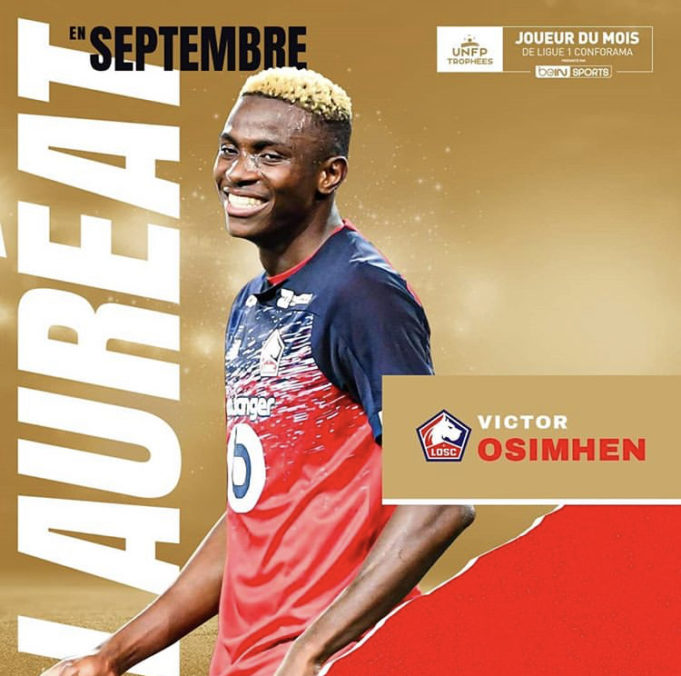 Super Eagles sensation, Victor Osimhen has continued to make the big headlines in the French Ligue 1 after he was named the best player for the month of September, AOIFootball.com reports.

The 20-year-old stoodout among other players in the league, scoring twice and recording two assists in four league outings to put Lille 5th on the log with 15 points after 9 round of matches.

The young forward will now look to add to his 7 league goals this weekend when his Lille side travel to the Stade Municipal to face strugglers Toulouse on match day 10 of the league.