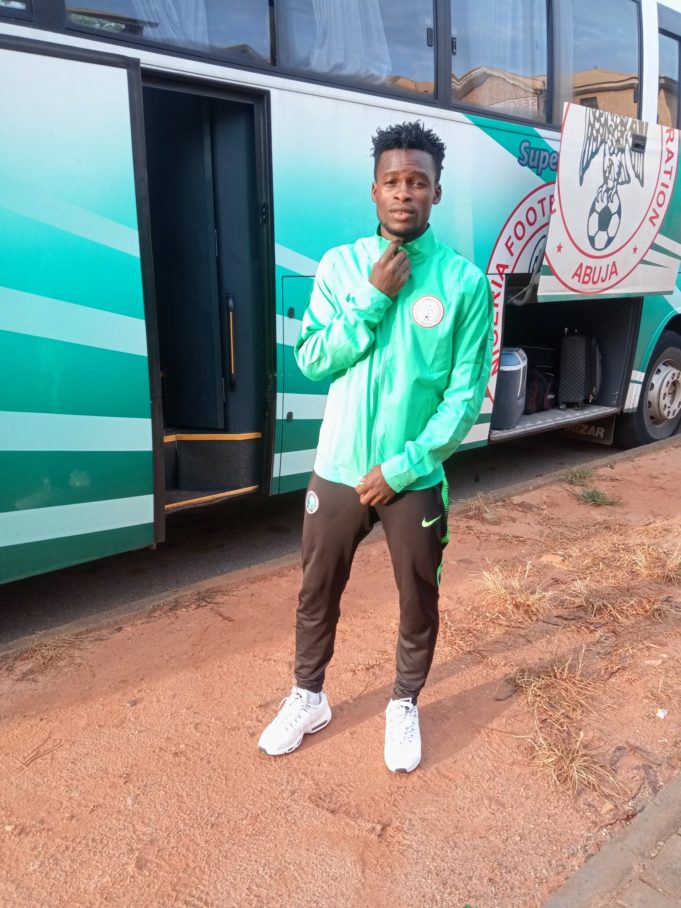 Nigeria Professional Football League sensation and Enugu Rangers new kid on the block, Ibrahim Olawoyin has expressed delight over his invitation to Super Eagles ‘B’ team for the return leg of the Championship of African Nations CHAN against the Hawks of Togo, AOIFootball.com reports.

In an exclusive chat with AOIFootball.com, the youngster was full of appreciation for the handlers of the team, stating that their decision to strengthen the squad with new players will benefit the team immensely. He also maintained that he is super excited to have been one of the invited players, whilst promising to give his very best.

“I appreciate the technical crew for the opportunity to be part of this great team. It’s my first national team call up, and I’m very excited about it.

“It’s a dream come true for me to represent my country. And I’ll do my best to justify my call-up with the home based Eagles,” he said.

The CHAN Eagles will need nothing short of a 3-0 victory to qualify for the competition proper, having lost 4-1 to the Togolese in the first leg, and the Lagos state born youngster is confident they can overturn the tie will make it to the finals.

“I will be a tough battle but with the crop of newly invited players and the other in the camp, I’m confident we will qualify for the tournament.

“I will also put in my best to make sure I score a goal on my national team debut,” Olawoyin concluded.

The pacy attacker is among 20 players shortlisted to face the Hawks of Togo on Saturday 19th October 2019 for a ticket to play in next year’s Championship of African Nations.