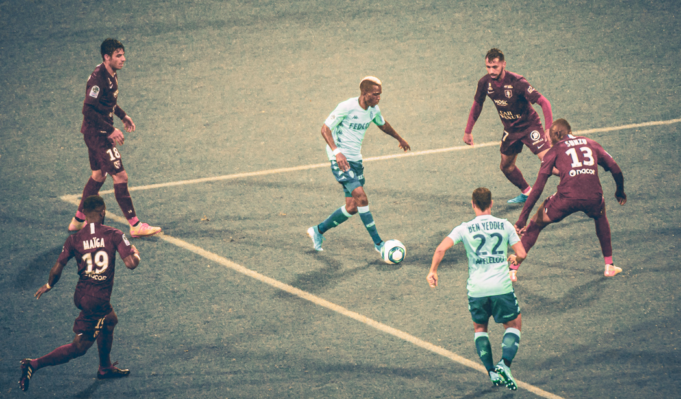 Super Eagles winger, Henry Onyekuru has returned to full training with France based Monaco as they prepare to take on early fliers Nantes on Friday night in the Ligue1, AOIFootball.com reports.

The 22-year-old has been out of action since the end of September and missed games against Montpellier and Stade Rennais but could now be available for selection should he be passed fit for the clash.

The winger will now have to work tirelessly to displace the duo of Wissam Ben Yedder and Islam Slimani who have both impressed upfront since the club switched to a 3-5-2 formation.

Having started two of his side’s opening three league games, the Nigerian has now struggled to break into the team and has now been made to look for a possible loan switch in January to save his chances with the national team.

The game will however see on-form winger Moses Simon in action at the Stade de la Beaujoire with Nantes, hoping to record their 7th league win of the season and close the gap on leaders PSG.

Poland friendly, an opportunity for us to prove our mettle, says Ogu