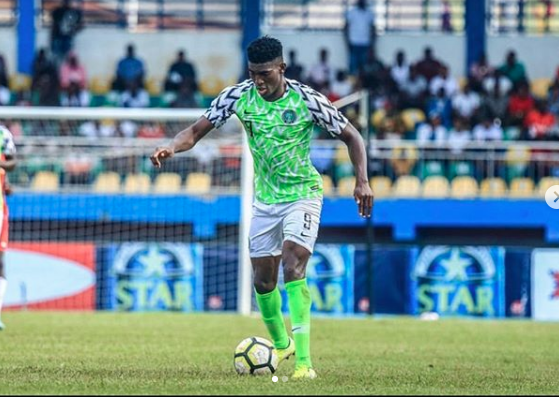 The camp of the Dream Team VII has been boosted by the arrival of more foreign pros as they prepare to defend the AFCON U-23 title they won in Senegal four years ago, AOIFootball.com can authoritatively confirm.

Expected among the foreign-based professionals are Taiwo Awoniyi who will flew into the country after he was an unused substitute for Mainz 05 in their 3-1 win over FC Koln with US based Orji Okonkwo also expected to hit the team’s camp in Abuja.

Other players expected in camp before the turn of next week are Russia-based Olabiran Blessing Muyiwa and Turkey-based Sincere Seth who has also been called up to boost the team’s defence ahead of the Championship.

The team already have the compliments of vice-captain Kelechi Nwakali who arrived earlier this week with Imama also hoping that more foreign lads will be released by their clubs to help the country in their quest for yet another continental title.

Nigeria’s U23 squad open their campaign against Cote d’Ivoire in the tournament on 9th November in Cairo before taking on Zambia on 12th November and South Africa on 15th November. All their matches will hold at the Al Salam Stadium.