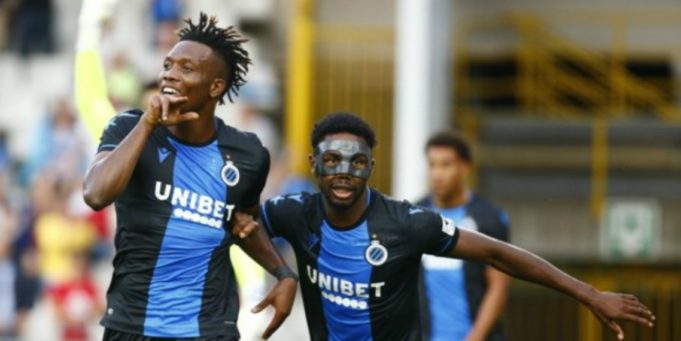 Nigerian international, David Okereke continued his mesmerising form in the Belgian Jupiler League as he scored for the second straight game to help Club Brugge to a comfortable 2-0 win away at SV Zulte Waregem, AOIFootball.com reports.

The 22-year-old kept his place in the starting XI following his impressive outing against Standard Liege with compatriot Emmanuel Dennis replacing South African Pacy Tau in the starting lineup.

After a cagey opening 20 minutes, the visitors took the lead against the run of play when the impressive Okereke made it 1-0 on the 23rd minutes after being set up by Ruud Vomer with the striker netting his 6th goal of the campaign.

The former Spezia forward then made way for Senegal’s Mbaye Diagne after the hour mark and the on-loan Galatasaray striker ensured the points were safe when he scored 3 minutes into added time to seal the win.

The victory sees Brugge stretch their unbeaten league run to 12 games with 30 points from a possible 36.