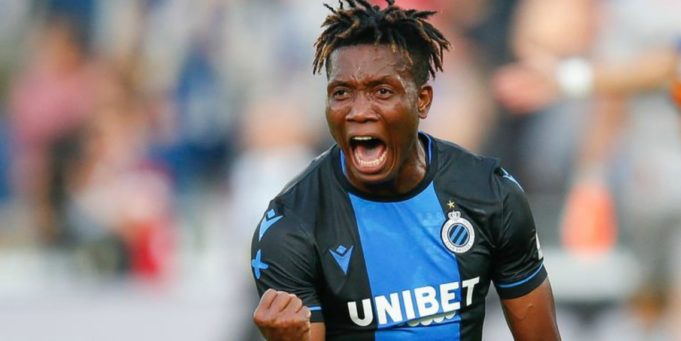 Nigerian international, David Okereke came off the bench to score for the 3rd consecutive game to help Club Brugge to a comprehensive 3-0 win over KV Kortrijk, AOIFootball.com reports.
With a crunch tie at home to PSG on the horizon in the Champions League, the forward was named among the substitutes whilst teammate Emmanuel Dennis was not listed as the hosts named  the duo of Abdul Ajagun and Imoh Ezekiel on the bench.

Still without a defeat all season in the league, the hosts took the lead after just three minutes via the boots of captain Hans Vanaken who made no mistake to score from 12 yards.

The midfielder then doubled his side’s lead on 21 minutes with Brugge holding a commanding 2-0 lead.

With half an hour left on the clock, Okereke replaced Mbaye Diagne with Kortrijk also introducing Abdul Ajagun for Christophe Lepoint.

Okereke however needed just 6 minutes to make his impact felt as he made it 3-0 on 68 minutes to notch up his 7th league goal of the season and stretch his side’s unbeaten league run to 13 games as they now seat 6 points above Standard Liege. 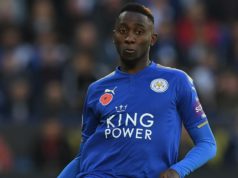