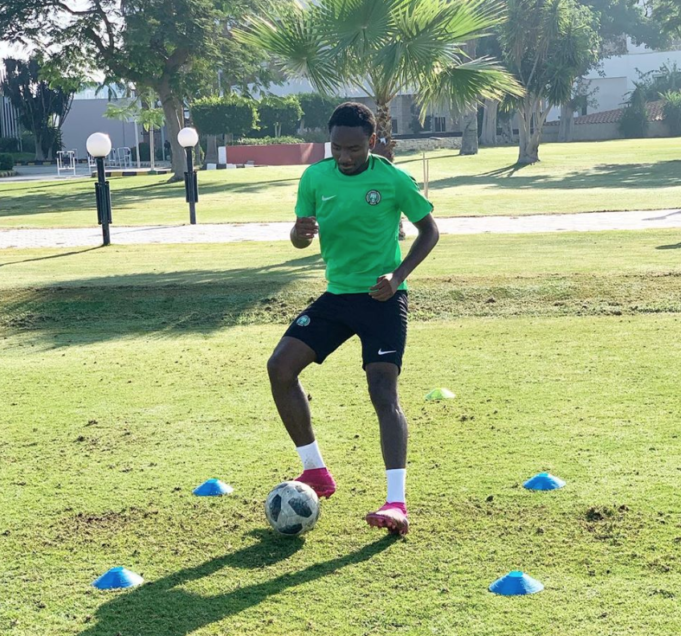 Nigerian international, Kelechi Nwakali will officially begin his reign at Spanish side SD Huesca later this month after the midfielder’s application for a work permit reached advanced stages, AOIFootball.conm can confirm.

The 21-year-old joined the Spanish outfit on a free transfer from Arsenal last summer but was made to wait after plenty of setbacks in his attempt to secure a work permit to enable him play in Spain.

Nwakali, who is now with Nigeria’ U-23 team preparing for the 2020 Olympic Games qualifiers in Egypt, will however join the team officially later this month after both the player and club representatives meet to conclude all terms involving the transfer.

The news will be welcomed by the former U-17 World Cup winner who has been left frustrated with the turn of events regarding his club’s future, having failed to play any competitive club game since March this year.

Nwakali will, however, be tasked with the responsibility of leading the Olympics Eagles on  Saturday when they file out against Ivory Coast in their first match of the AFCON U-23 qualifiers in Egypt.

My target was top four finish for Chelsea, says Conte

Staff Reporter - May 11, 2017
ALL CATEGORIES
SOUNDCLOUD