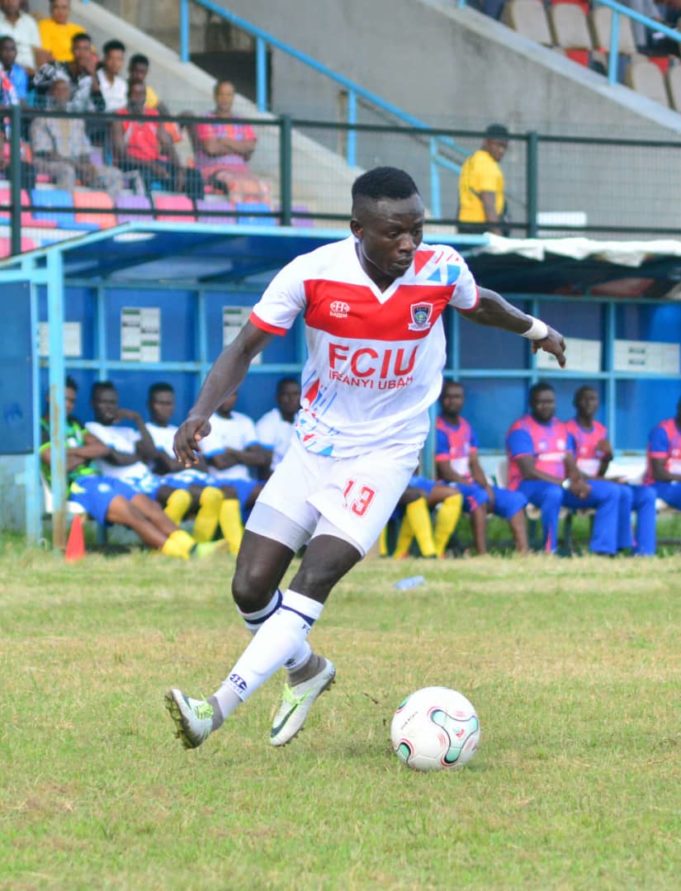 FC IfeanyiUbah new boy, Samuel Kalu has dedicated his match-winning goal against newcomers, Adamawa United FC on the opening day of the Nigeria Professional Football League NPFL, to the fans of the Anambra Warriors, AOIFootball.com reports.
Speaking exclusively to AOIFootball.com after the encounter, the prolific goal scorer praised the fans of the Nnewi side, submitting that they remain steadfast in their support for their darling team, irrespective of the situation on the field of play.
“I dedicate my goal against Adamawa United to the fans of our great club for their undiluted support, said the pacy Attacker.
“They maintained the tempo of their activities even before we got our goal, and that impressed me a lot,” he added.
The only goal of the game was score by Kalu in the 40th minute, through an assist from Chigozie Chilekwu and the fleet-footed fearless attacker believes the fans at the Stadium played their own part in the victory by rendering relentless support every moment of the match, adding that their continuous singing and chanting actually spurred him on until he got the goal.
“The supporters club of FC IfeanyiUbah never get tired in the course of a match; their singing and chanting never stop until the game is over, he said.
“I had only one means of paying them back for their support, and it was to make sure they got something to cheer,” Kalu concluded.

Abdulquadir Adedapo - May 24, 2020
ALL CATEGORIES
SOUNDCLOUD