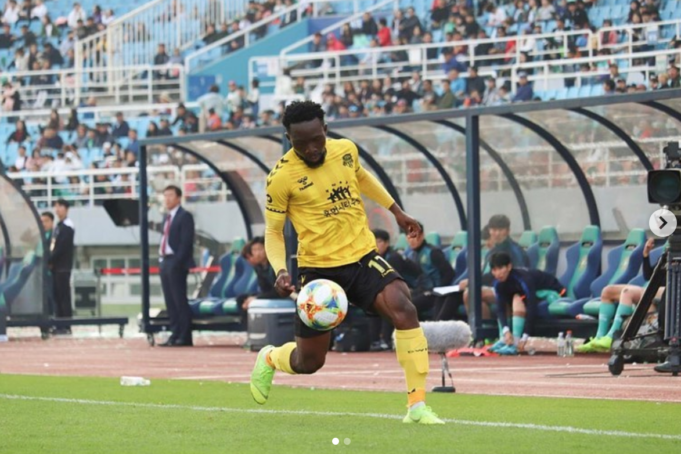 Nigerian international, Chisom Egbuchulam signed off the Korean League 2 in style after he was named the Suwon FC Player of the Season, AOIFootball.com reports.

The 27-year-old joined the club on a free transfer from Swedish side Falkenbergs and was an instant hit in Korea after taking the league by storm, a feat which has now seen him named the club’s best player of the season.

The former Enugu Rangers star also emerged as the leading goal scorer for the campaign after netting 18 goals in 30 games to help them beat the drop in the country’s second-tier league.

Suwon FC, however, failed to gain promotion to the elite league after they finished in a disappointing 8th position with 43 points from 36 league outings.

This will be the second straight season the Nigerian will emerge as both highest goal scorer and best player after also winning the same award last season whilst at Swedish club Falkenbergs FF.

Egbuchulam could now consider a return to Europe in January with his contract at FC Suwon expected to expire at the end of the year.