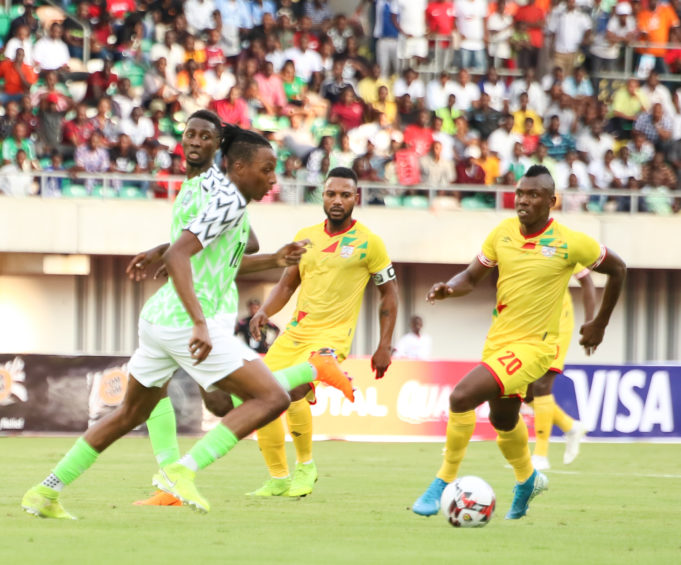 The 23-year-old midfielder who impressed in Nigeria’s 2-1 win over Benin in Uyo on Wednesday, told AOIFootball.com that it was an honour to wear the iconic number and now wants to ensure he reaches the height of the past two bearers.

“It’s a great privilege and honour for me to have worn the number 10 jersey on my competitive debut with the team. It wasn’t an easy game but I’m glad we were able to come out victorious.

“I know the pressure of the number because it speaks well pf two great players-Jay Jay Okocha and Mikel Obi. They were great players during their time and I can only work hard to ensure I reach the level they reached with the national team,” Aribo said.

The Rangers midfielder also said he loves to drive the ball up the pitch whilst further thanking Nigerian fans for their support and overwhelming love on arrival to the country.