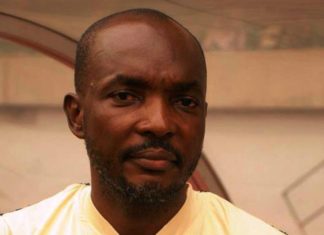 Nigeria National League side, Kwara United FC have taken over Asaba based club, Delta Force FC, to continue their campaign in the Nigeria Professional Football League, AOIFootball.com can confirm.
In a brief handing over ceremony in Asaba, the Chairman of Delta State Sports Commission, Hon. Tony Okowa handed over official documents of the Delta State Ambassadors to the General Manager of Kwara United FC, Bashir Badawir
Also present at the handing over ceremony were some top government functionaries in Delta State, consultant of the State’s Sports Commission, Steve Cole and the Executive Secretary of the Nigeria Professional Football League NPFL Club Owners Association, Alloy Chukwuemeka.
It would be recalled that Delta Force FC only completed the transfer of ownership from Kada City FC less than eight months ago, and earlier today, the Technical Adviser of the Asaba based side, Mbwas Mangut, picked up an assignment with Enugu Rangers as the Chief Coach.
Full details of the transaction between both clubs could not be ascertained as the time of this report, but Delta Force FC are billed to have an away game in the NPFL this weekend against Nasarawa United FC in Lafia.

Onazi named in Turkish Super Liga Team of the Week