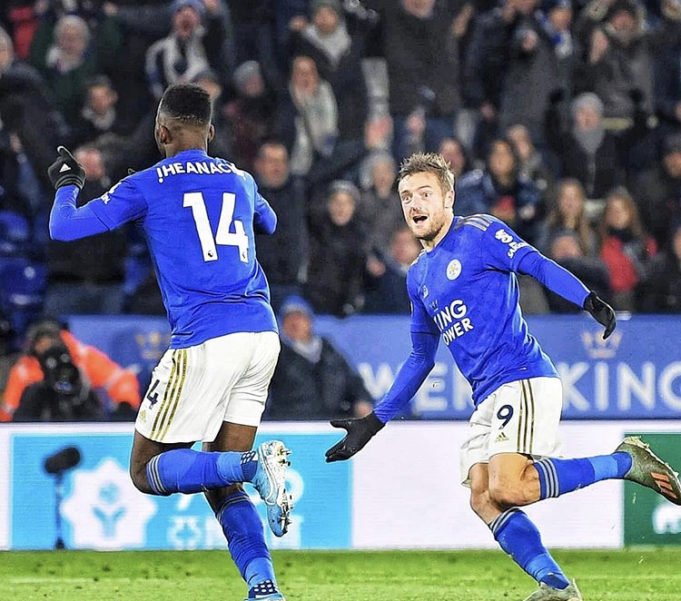 Super Eagles forward, Kelechi Iheanacho has earned the praise of teammates Jamie Vardy and Ben Chilwell after he came off the bench to inspire the Foxes to a 2-1 win over Everton to stretch their winning run to six games, AOiFootball.com reports.

Having endured a nightmarish EPL season, the former FIFA U-17 Golden ball winner came off the bench for his league debut this season as he assisted Vardy for the equalizer before he then scored the winner to seal the victory.

His performance did earn him the man of the match with Vardy describing him as a top talent who has worked so hard to get his opportunity.

“His substitution changed everything. He joined me in attack and we caused more problems to the Everton back line. He got us into space, set me up for the equalizer and then got the winner.

“He has been amazing in training and he thoroughly deserves it because it was a good finish from him,” Vardy said.

“Kelechi sums this team up. Works hard in training, and when he plays he gives everything. You deserve all this credit bro,” Chilwell posted.