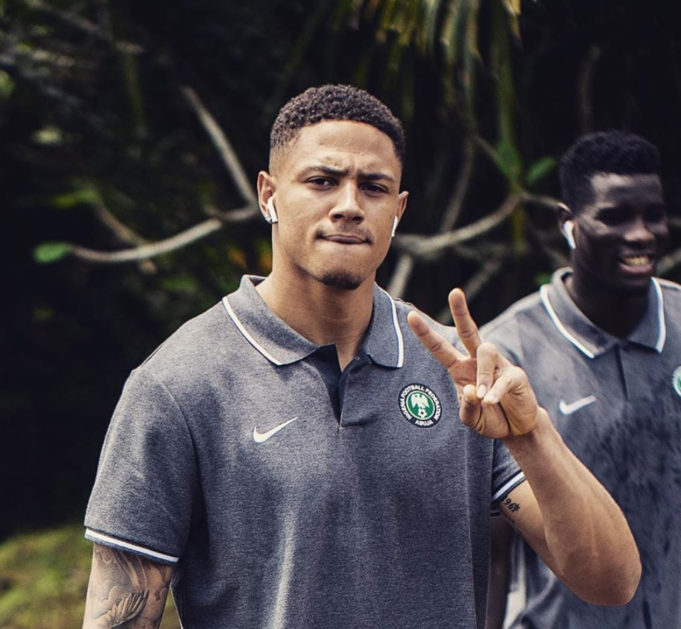 Super Eagles goalkeeper, Maduka Okoye has revealed how his invitation to the Nigeria national team has boosted his stock in the international market, hinting on a potential winter move from the Regionaliga, AOIFootball.com reports.
The 20-year-old shot-stopper made his Eagles debut in Nigeria’s 1-1 draw against Brazil last October and was also on the bench for the three-time African champions when they began their 2021 AFCON qualifiers with impressive wins against Benin Republic and Lesotho.
The former Bayern Leverkusen youth prodigy further stated that his training with the Fortuna Dusseldorf senior team has also helped him massively in his development as a goalkeeper.

“The good thing is that I train with the first team, so it’s on a high level like the Bundesliga level and now there are more interested clubs after the game against Brazil. But we will see what the future holds,” Okoye said.

Okoye also added that his development with the youth team of Bayern Leverkusen and Borussia M’gladbach, where he trained with the likes of Bernd Leno and Marc-Andre ter Stegen, have also helped blossom his football career.