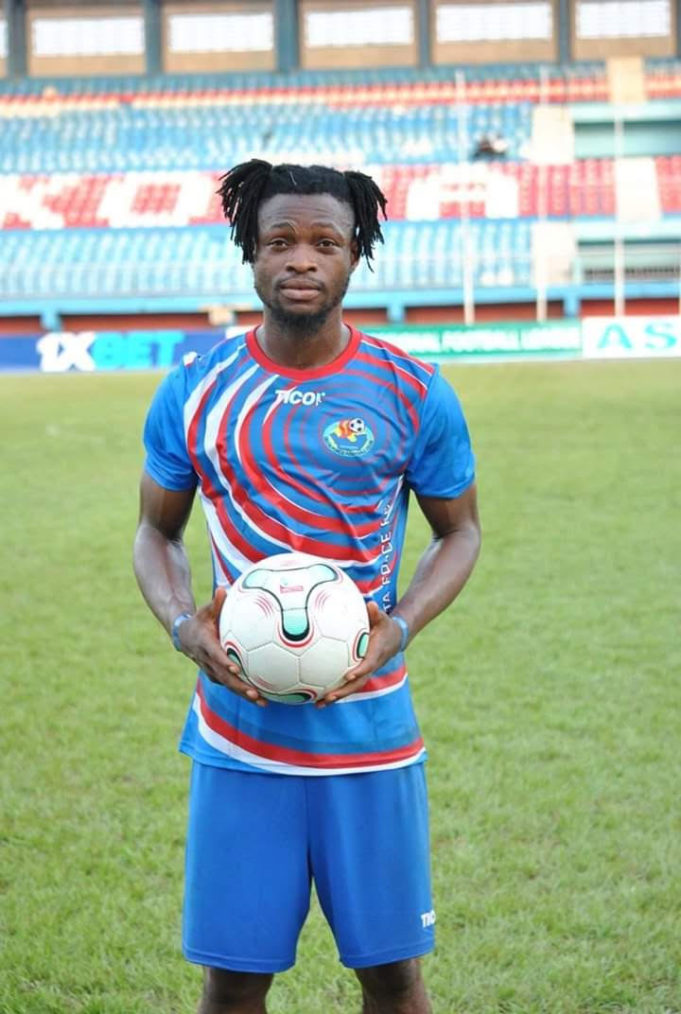 Delta Force combative midfielder, Ayooluwa Adetola, has hailed the League Management Company, LMC, for the giant strides and exceptional results the Nigeria Professional Football League NPFL is currently experiencing, AOIFootball.com reports.
In an exclusive chat with AOIFootball.com, shortly after his team defeated Nasarawa United FC in a Match Day 6 game in Lafia, the Ogun State born holding midfielder commended the league Managers and those associated with organizing the top flight, for the unexpected results being recorded, stating that it is a sign of great improvement in the domestic league.
“I appreciate the League Management Company, LMC, and all those saddled with the responsibility of organizing the top flight, for the excellent job they’re doing, said the former Niger Tornadoes FC and Mighty Jets FC midfield combatant.
“The quality of results currently being recorded in the league, especially in away games is highly commendable,” Adetola said.
It would be recalled that Delta Force FC were humiliated 1-3 in Asaba by Plateau United FC on Match Day 5, and almost every Match Day had recorded between one and three away wins in the league so far and Adetola believes there has been a drastic upgrade in the quality of officiating so far.
“The match officials have upped their game, and that has really affected the league positively, he added.
“We lost a game at home last week, and we’ve beaten a team on the road this week, and that is how it should be.
“Home teams no longer win matches at the mercy of Referees; what you put in is what you get at the end of the day,” Adetola concluded.

W/Cup, AFCON Qualifiers: No cause for alarm, assures Pinnick