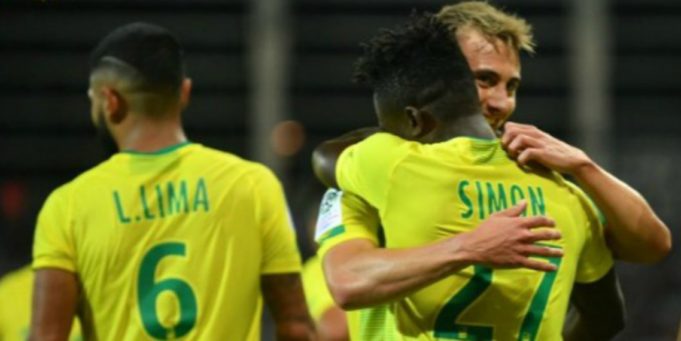 Super Eagles winger, Moses Simon provided the assist as Nantes claimed a 1-0 win over Dijon on matchday 17 of the French League, AOIFootball.com reports.

The pacy winger started his 14th league game for the hosts who were hoping to bounce back from their 2-0 loss to PSG during the week.

Despite dominating the first half in terms of possession and front play the host were left jaded in the final third as they struggled to turn possession and chances into goals.

The breakthrough will, however, come 13 minutes from tike when Moses and Ludovic Blas exchanged passes before the Nigerian laid the pass for the striker placed a delightful low curler which beat the goalkeeper to hand Nantes their 8th win of the season.

Simon, who was on for the entire 90 minutes, finished with a below-par rating of 5.8, completing 82% of his passes, completing just one of his 8 attempted dribbles whilst also missing two goal-scoring opportunities. 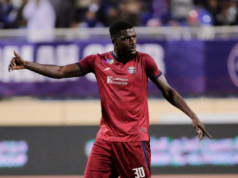 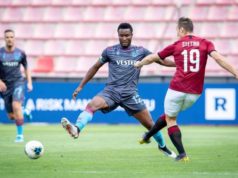 Jeremiah Umahi - May 29, 2017
ALL CATEGORIES
SOUNDCLOUD