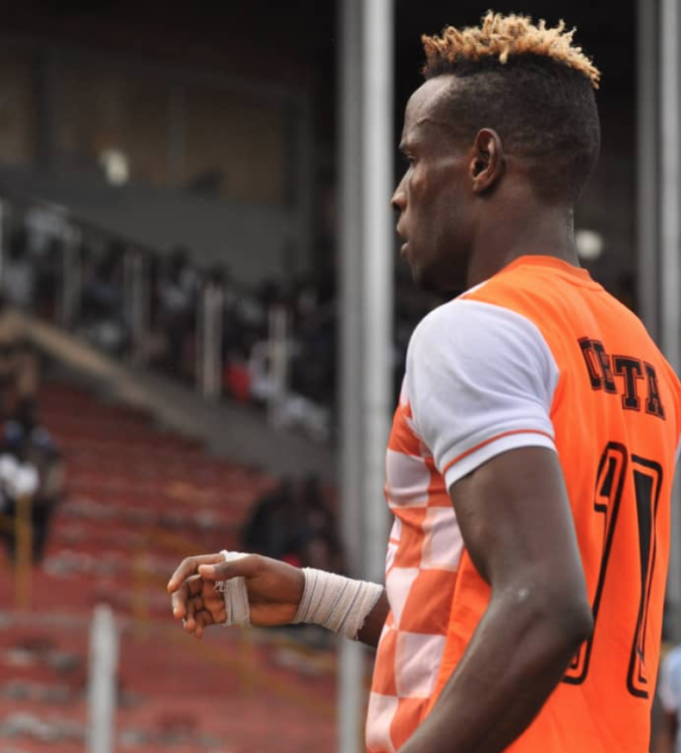 Akwa United FC wing wizard, Paul Obata has assured fans of the Promise Keepers that the ongoing Nigeria Professional Football League season will definitely turn out to be a great one for them, AOIFootball.com reports.
Obata, who spoke to exclusively to AOIFootball.com shortly after netting the fourth goal in a 4-0 demolition of Adamawa United FC, appealed to the fans to keep calm and be a little more patient, assuring that the season is still young and that their darling team will still work its way to the top and compete for the title.
“I’m appealing to our fans to be calm and a little more patient with the team; we will surely bounce back,” said Obata, whose assist in Sunday’s game helped Ndifreke Effiong complete his first hat-trick for the Promise Keepers.
“We have a team that can compete for the title successfully, but we need patience and understanding from our fans,’ he added.
It would be recalled that Akwa United FC just recorded their first victory in the ongoing campaign, after six matchdays without a win, and the pacey left-footed attacker believes the current situation is not new to the team, as they found themselves even in a more precarious situation last season but made their way out of the quagmire and still qualified for the championship playoffs.
“This is not the first time we’re experiencing a difficult start to a season; the last term we were without a win in the first five weeks, after losing the season’s opener.
“Despite the difficulties at the beginning of last season, we were able to fight our way up and still made the championship playoffs in Lagos,” Obata concluded.