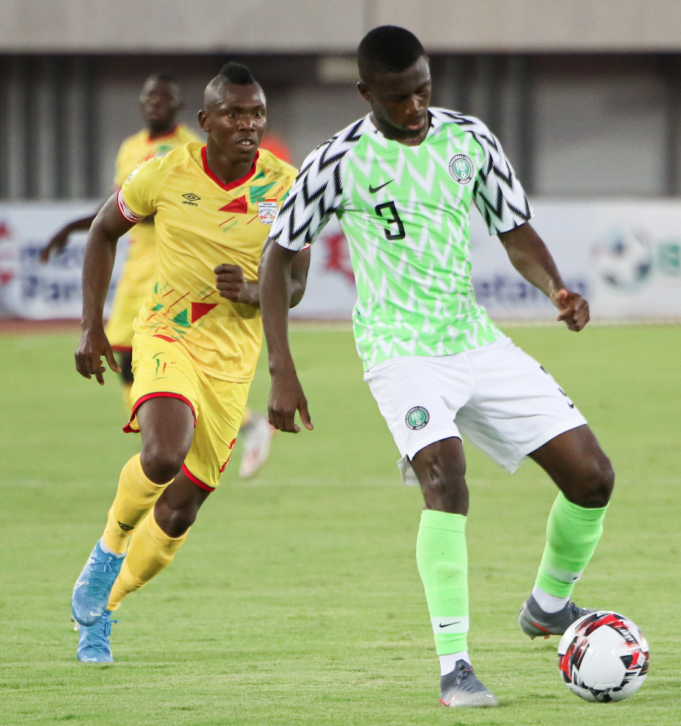 With just a few weeks to the end of 2019, Super Eagles and Paderborn SC of Germany left-back Jamilu Collins has expressed his delight after what he described as a positive year following successes with both club and country, AOIFootball.com reports.

The Abuja Football College prodigy, who spoke to AOIFootball.com from his base in Germany, stated that he now hopes to end the year on a positive note with Paderborn whom he hopes will move off the relegation zone before the New Year.

“Then came the AFCON with Nigeria. That was the highlight of the year for me because playing for Nigeria at a major tournament had always been my target but to play and clinch a bronze medal was extra special,” Collins enthused.

The 25-year-old further added that although the transition from the second tier league to the Bundesliga has been tough for Paderborn, he has particularly stood out for them.

He also described his debut goal against Bayern Munich as one of his standout performances in the league so far.

CHAN 2018: I’m ready to give my best for Nigeria says Faleye