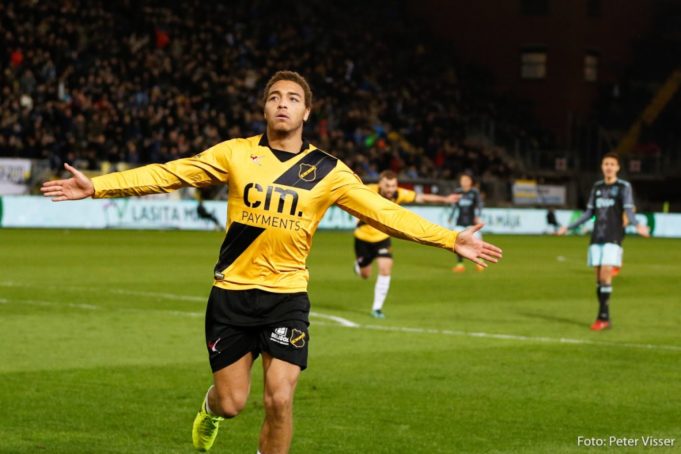 Super Eagles of Nigeria hopeful, Cyriel Dessers scored his second goal in as many days to help visitors Heracles Almelo claim a hard-fought point in their 1-1 draw away at Heenreveen, AOIFootball.com reports.

In a game that had two potential Eagles players- Chider Ejuke for Heerenveen and Cyriel Dessers for Heracles, both teams went into the clash hoping to improve on their positions on the log table.

Despite being on the back foot for most of the first 45 minutes the visitors were handed a golden chance to take the lead just before half time when Cyriel was fouled in the box but Hicham Felix, however, failed to convert from 12 yards as his effort was saved by the goalkeeper.

The Belgian born Nigerian hopeful will eventually go on to break the deadlock 9 minutes after the resumption when he showed composure to shake off his marker before calmly slotting past the goalkeeper to record his 12th league goal of the campaign.

The lead, however, lasted for just 120 seconds as the host were leveled in no distance-time when Chidera Ejuke miscued shot fell to the part of Joey Veerman with the midfielder slamming home for 1-1 and share the spoils equally.

The goal now takes Cyriel to the top of the scores chart after 18 rounds as he seats ahead of the trio of Donyell Malen, Myron Boadu and Steven Berghuis who have all scored 11 goals.