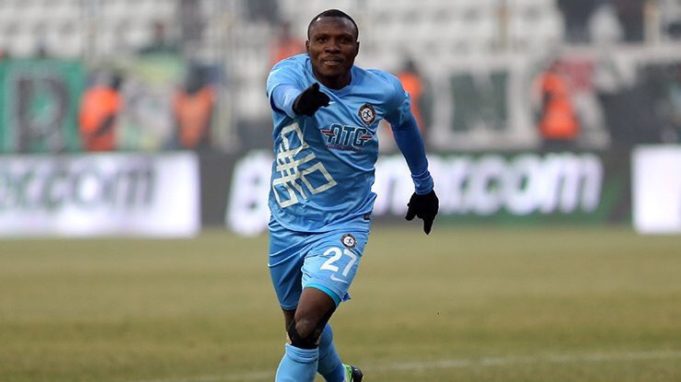 Former Olympic Eagles forward, Aminu Umar was on target for the second time this season to inspire Caykur Rizespor to a 2-0 win away at Yeni Malatyaspor, AOIFootball.com reports.

The 24-year-old was on for just his 9th league start of the campaign as the visitors took an early lead on 6 minutes when striker Ogulcan Çaglayan showed strength and composure to put Rizespor 1-0 up.

Umar then received his first yellow card of the campaign on 52 minutes for time-wasting before he doubled his side lead 18 minutes from time, firing home from close range after he was set up by Çaglayan as the visitors claimed their 6th win of the campaign.

The Rio Olympic bronze medalist completed the entire 90 minutes of the match earning a game rating of 7.8 as he completed 67% of his passes, making 1 key pass and also winning 10 of his duels attempted.

The win now lifts Rizespor to 12th on the log with 20 points, 6 points off the drop zone as they begin to approach the halfway mark this season.