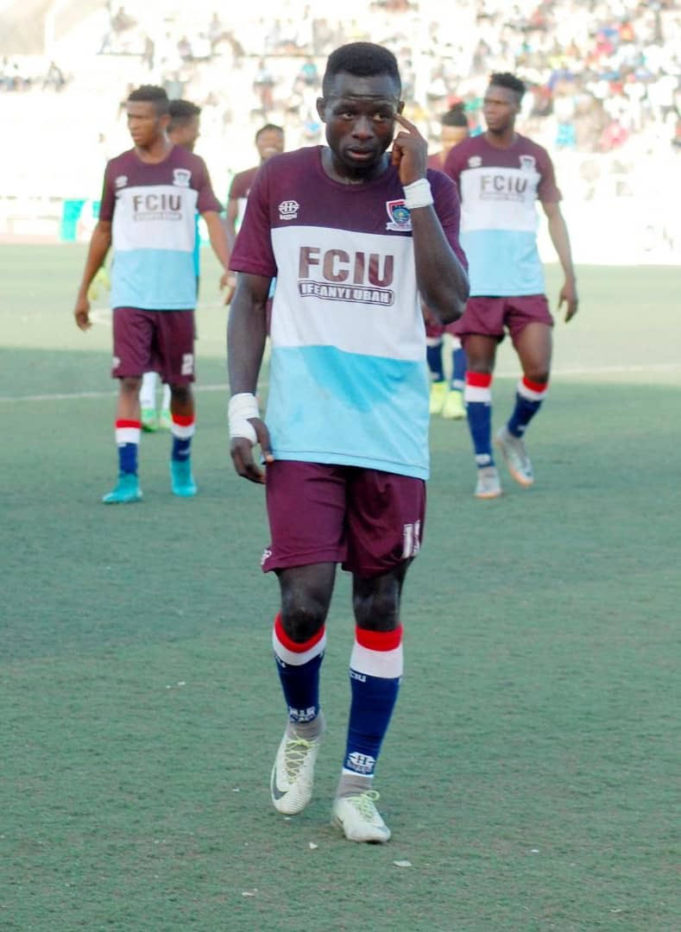 FC IfeanyiUbah wing wizard, Samuel Kalu is ecstatic after scoring the match Winner in the Oriental derby against Heartland FC of Owerri in the Nigeria Professional Football League.
Speaking exclusively to AOIFootball.com after the game at the FC IfeanyiUbah Int’l Stadium Nnewi, the Kano State-born attacker submitted that he is overjoyed having scored the winning goal for his team, and hopes to score more goals as the season progresses, adding that his target is to hit double digits for the Anambra Warriors in the league this season.
“I’m overwhelmed with joy to have scored the match-winner for my team against Heartland FC,” said Kalu, who also scored the club’s league opener against Adamawa United on Match Day 1.
“My target is to score more than 10 league goals for my team this season, and I believe it is possible.”
The former Jossy United FC goal poacher, whose lone strike was also responsible for Heartland’s ouster in last season’s Imo State FA Cup quarter-final, dedicates his Sunday’s match-winner to his teammates, maintaining that the victory against Heartland FC was a product of teamwork, and not an individual effort.
“I’m dedicating my goal against Heartland FC to my teammates for their efforts in the entire game,” he said.
“Our victory on Sunday was as a result of teamwork; everyone contributed to ensuring victory for the team,” Kalu concluded.

City’s Iheanacho in a possible switch with Dortmund’s Aubameyang