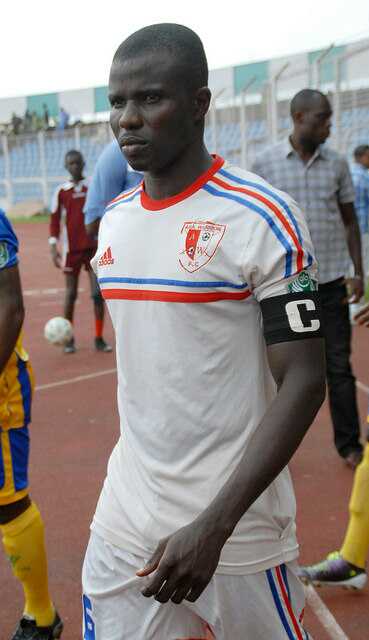 Long-standing captain of Abia Warriors FC, Austin Obaroakpo, has revealed his desire is to lead the Umuahia based side to any of the Confederation of African Football CAF, competitions next season, AOIFootball.com reports.

The Delta State-born versatile defender, who spoke exclusively to AOIFootball.com shortly after the Umuahia warlords dismantled Plateau United FC 3:0, in a Match Day 11 encounter of the Nigeria Professional Football League NPFL, disclosed that his long-term goal has been to feature in the continent as a footballer, aside playing in Europe, maintaining that it is every player’s dream.
“My target is to help qualify my team for either the CAF Champions league or Confederations Cup next season,” said the soft-spoken leader.

“Every player’s dream is to either play abroad or represent their team in continental championships.”

Ironically, the Emmanuel Deutsch tutored side currently find themselves hovering around the middle of the NPFL table, but the hardworking right-back believes the target of making the top 3 at the end of the season is achievable, insisting that the league is still very young, hence no team can be ruled out of contention yet.

“Regardless of our current position on the log, I’m still optimistic that Abia Warriors FC will finish among the top 3 this season,” he said.
“We will continue to fight our way up the table because the league hasn’t even gone halfway, so no team should be ruled out yet,” Obaroakpo concluded.