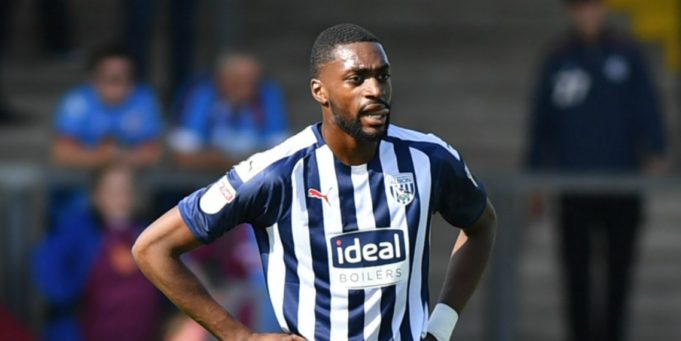 Super Eagles defender, Semi Ajayi had a memorable start to the year in the English Championship as he scored on both sides of the pitch in West Bromwich Albion 1-1 draw at home to Leeds United, AOIFootball.com reports.

In a match which put 2nd vs 1st on the table, the ever-present Ajayi started his 26th consecutive league match for the host and duly put them ahead in the opening 90 seconds when he tapped home from 5 yards to give West Brom a 1-0 lead.

The Nigerian was then called upon moments later as he showed his defensive strength to deny Edward Nketiah an equalizer with the host taking their slim lewd into the half time break.

Their resolve was however broken 7 minutes after the break when a header by half time substitute Patrick Bamford came off the shoulder of Ajayi before leaving goalkeeper Sam Johnstone stranded as the visitors equalized against the run of play.

With 4 league goals to his kitty, the impressive Ajayi finished the game with a rating of 7.3, making 3 key clearances, 2 interceptions, 1 tackle and also winning all 100% of his aerial and ground duels contested.