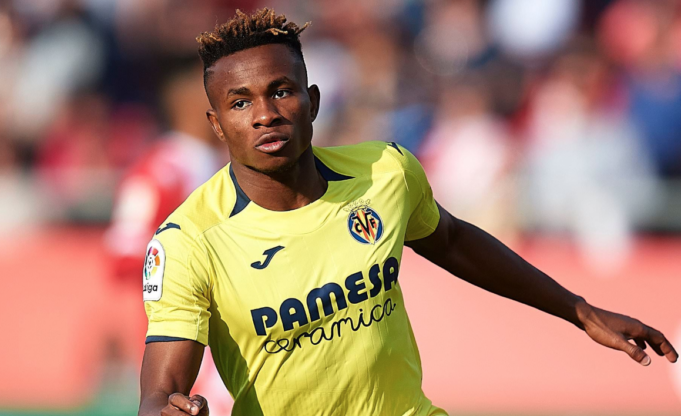 Super Eagles pacy winger, Samuel Chukweze has debunked news making the rounds that he could join Premier League sides, Chelsea or Liverpool, as there has been no concrete move by both clubs, AOIFootball.com can authoritatively confirm.

The winger who is back in Villarreal ahead of this weekend’s trip to Real Sociedad told AOIFootball.com that he remains very much a Yellow Submarine and has already turned his attention to a positive New Year, beginning from Sunday’s clash.

“I saw the news that I was on my way to the EPL, well for me it’s a pleasure to be linked with such great clubs despite being very young but for now I don’t think anything of such will happen in this window.

“We have a huge game against a team that is very disciplined and we know we have to be at our best to beat them, we have been training all week and I believe we can match them and even get a positive result in their own backyard,” Chukwueze added.

When asked if he could consider a move in the summer, the 20-year-old stated that every player has a price and if the right things are in place then there could be a maybe in the future but for now he has a contract with Villarreal and will honor it to the fullest,” Chukwueze concluded.

The 2019 African young player of the year nominee has been in impressive form with Villarreal this term scoring 3 goals and in 10 starts whilst also creating 6 key chances for his teammates.