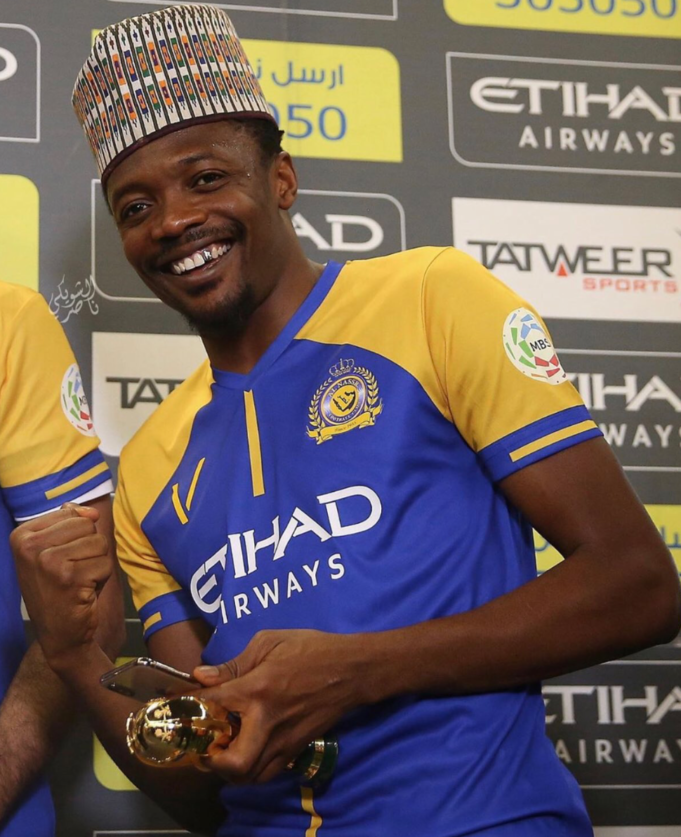 In a match that pitted last season league champions Al-Nassr and cup holders Al-Taawoun, the Eagles skipper started on the left flank alongside Nordin Amrabat and Giuliano with top scorer Abderrazak Hamdallah leading the line.

But it was the cup holders that took the lead against the run of play when Cameroon forward Leandre Tawamba opened the scoring on 18 minutes with Al-Nassr struggling to find a reply for the remainder of the first 45 minutes.

Down but not out, Musa and his teammates rallied in the second period and deservedly got their equalizer on 58 minutes when the impressive Hamdallah leveled for 1-1 after being played through by Awdh Faraj.

With the scores level at 2-2 from the shout-out, Moroccan midfielder Nordin Amrabat gave Al-Taawoun a golden chance to go in front however they failed to utilize it as further misses from the duo of Machado and Al-Absi gave ensured the league champions claimed a 5-4 shootout win.

The win now sees Musa win his second major trophy since arriving in August of 2018, having also won the league title last season.

Balogun grateful for first six months in Premier League, hopes for a better 2019