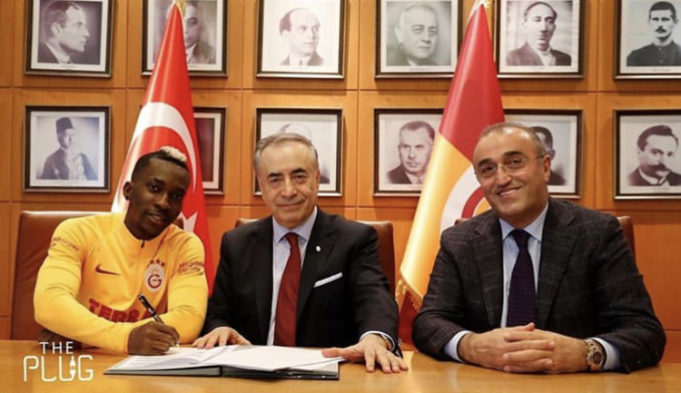 Super Eagles winger, Henry Onyekuru has completed an emotional return to Turkish giants Galatasaray after he put pen to paper on a deal which will see him play for the defending champions till the end of the current campaign, AOIFootball.com reports.

The 22-year-old arrived in Istanbul on Saturday and immediately went in for his medicals before he was officially unveiled later on Sunday with the forward taking the number 70 jersey in his return to the Turk Telekom.

“I’m so happy to announce Gala I’m Home! Ready to give all I have to help finish the season strong,” an excited Onyekuru posted.

The Nigerian is expected to earn around €2million with both clubs also agreeing to a fee in the region of €38 million which will see him stay beyond the 2019/2020 season.

The former KAS Eupen of Belgium forward will now hope to replicate the same form he did last term when he led the club to a domestic double and a place in this season’s Champions League group stages.