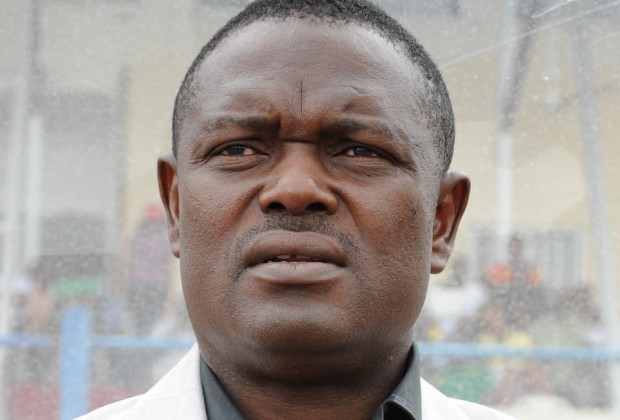 Technical Manager of Rivers United FC, Azunda Stanley Eguma has stated that the Port Harcourt based side are title contenders in the ongoing campaign of the Nigeria Professional Football League, AOIFootball.com reports.

Eguma, who made this known at a post-match press briefing after his side humbled Mountain of Fire and Miracles Ministries MFM FC 2-0 in a Match Day 12 encounter at the Gen. Yakubu Gowon Stadium, opined that the victory over the Lagos side has brought back a lot of confidence in the team, insisting that they can now challenge for the league title.
“The team can now contest for the NPFL title, said Eguma,” whose side now occupy the 3rd position on the log after the win against MFM FC.
“We gave our best in the game and we got the result; which is very good for us, bringing back a lot of confidence in the team.”
Two goals from both Ossy Martins and Nelson Esor, in the 28th and 48th minute, sealed the victory for the Pride of Rivers, in a game they completely dominated, missing several scoring chances, but the gaffer believes scoring two unreplied goals in such a high profile match was not a bad idea.
“The boys did we today. I’m happy with the way they approached the game,” he said.
“We missed some scoring chances in the match, but scoring two goals in such a game is not bad at all,” Eguma concluded.